On June 15, 2012, during the Obama administration, the Department of Homeland Security announced that 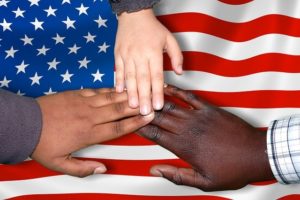 undocumented immigrants who met certain physical presence, criminal record, and educational requirements could request deferred action (from being deported) for a period of two years, which then is eligible for renewal of their immigration status. During that period of deferred action, those individuals would be eligible for work authorization and would be protected from immigration enforcement (deportation) as long as they continued to fulfill the requirements for deferred action. This program is called Deferred Action for Childhood Arrivals, more commonly known as DACA. Those who benefit from DACA are young, undocumented individuals who were brought to the United States as children.

What DACA Doesn’t Do

DACA recipients do not receive traditional visas and they are not given a Green Card or made a lawful permanent resident. This is because DACA was created by executive action and no changes were made by Congress to the immigration law. Also, through DACA, you cannot become a citizen of the United States. For those things to happen, immigration reform must occur and some version of the dream act must be made law or the U.S. must grant amnesty to DACA recipients. However, DACA did give dreamers the ability to obtain work permits and gave them assurances that Immigration and Customs Enforcement would not deport them using removal proceedings providing that they complied with the terms of DACA and other immigration laws.

DACA Under the Trump Administration

During his presidential campaign, Trump repeatedly promised to terminate the DACA program. However, since winning the election, Trump has softened his stance towards DACA recipients. He now promises comprehensive immigration reform, and that he would treat DACA “with heart”. So, can DACA recipients rest easy? This is a question that you should ask an experienced immigration lawyer because not every situation is the same. DACA is a policy, not a law. In theory, it could be canceled or modified at any time without notice. You may think that you are safe from immigration action but the best way to find out is to contact an immigration attorney. Many immigrants qualify for legal status but don’t know it. A qualified immigration attorney can usually tell you in a free consultation if you may qualify for legal U.S. immigration status. You can also use our Immigration Solution Finder tool. It only takes a couple of minutes to find out if you may qualify and it free.

If you stay on top of the immigration news, you know that instead of deporting dreamers, the Trump administration is focusing on illegal immigrants who commit crimes. Thousands of criminal “illegal aliens” are being taken before an immigration court and deported each month. The real question is, however, what constitutes a criminal alien? Do you have to commit a felony? What about a misdemeanor, DUI or traffic citation? Under Obama, if you were an immigrant who came to the U.S. through illegal immigration, you really only needed to fear deportation if you committed a felony or if you were caught by border security and placed in immigration detention. However, under the Trump administration, anyone who did not enter the U.S. through legal immigration or who overstayed their visa or otherwise accumulated unlawful immigration status should be concerned. On the right day, in the wrong place, with the wrong ICE Agent, even a DACA recipient may be facing removal for a relatively minor infraction.

The Future of DACA

Despite this uncertainty, thousands of individuals have received DACA since Trump became president and it continues to be a valid program. Therefore, anyone who came to the U.S. before their sixteenth birthday and under the age of 31 on June 15, 2012, should consult with an experienced immigration attorney to see if they are eligible for DACA. In addition, anyone who currently has DACA and is still eligible for DACA should continue to renew that status, ideally in the 120-150 day window before their DACA status expires. Do not wait! At least one DACA recipient has recently been targeted for removal from the U.S. after she failed to renew her DACA status on time. As her situation shows, individuals who fail to maintain the requirements for DACA or who do not renew their DACA on time put themselves at risk to be removed from this country.

Finally, although DACA provides many positive benefits, it is not a legal status. It can be terminated at any time and it does not provide a pathway to U.S. citizenship. DACA recipients and those who are eligible for DACA should consult an experienced immigration attorney to see if they qualify for another type of immigration benefit. Many of these alternative options do lead to U.S. citizenship and they were created by Congress, so unlike DACA, they cannot be easily changed or terminated by the new administration. One of our experienced immigration attorneys in North Carolina or Tustin, California may be able to help you find a pathway to permanent residency or even become an American citizen. Call us now.