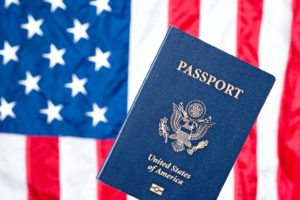 US citizens and legal permanent residents or green card holders can petition to bring their husband, wife, or fiancé into the United States. A common miss belief is that if you are married or engaged, you can bring your fiancé or spouse into the US and they will automatically receive a green card. However, spouses and fiancés must follow a process similar to that of any family member that you are sponsoring on an immigration petition. The immigration process for spouses and fiancé’s can be just as complicated as other immigration processes, but the approval process may be faster than that of most family-based preference categories.

Your spouse or fiancé will not be able to enter the United States until their petition is approved by immigration officials. Working with an experienced immigration attorney is the best way to ensure that you will be reunited with your loved one as quickly as possible.

United States immigration law currently does not allow green card holders or legal permanent residents to petition for their fiancés. Unfortunately, this means that you must wait until you are married before filing an immigration petition for your betrothed. Even after you are married, your spouse will likely be subject to a wait time based on their immigration preference category. In many cases, green card holders will wait several years before being reunited with their spouse.

Green card holders petitioning for their spouse should be prepared for a long wait. This weight can be made even longer if the immigration petitioner does not properly complete the immigration forms and supply all of the required documentation to the USCIS. As with most United States immigration processes, spouses and fiancés will go through several stages and must subject themselves to medical examinations, fingerprinting, personal immigration interviews, in addition to, submitting all of the required forms and documentation and receiving approval from multiple United States government agencies.

A word about immigration fraud

Another common form of immigration fraud is to marry someone who is a US citizen or sometimes a green card holder for the purposes of gaining legal status in the United States only. Never give or

A passport with the American flag in the background take money in exchange for a promise to marry someone for a green card.

Eligibility for marriage or fiancé visas

The requirements to obtain a fiancé visa in the United States are different from that of a marriage visa.

To qualify for a fiancé visa, the immigrant must:

The immigrant must also be coming from another country. Fiancé visas are not issued to people who are already in the United States.

During the fiancé visa application process, you will need to prove your actual intention to marry your fiancé. Usually, a statement signed by both future husband and wife is enough, but sometimes you will be asked to supply specific details about your wedding plans. You should also expect and plan for proving that you have a bona fide relationship with your fiancé to United States immigration officials. This means that you will have to supply records of telephone conversations, emails, love letters, photographs, and other documents proving that you have a relationship with your future husband or wife prior to your immigration petition is approved.

To be eligible for an immigrant visa, or green card, based on marriage, the immigrant must be:

Additionally, immigration officials will ensure that it is not a sham marriage. You will have to prove that it is a bona fide marriage. The first step in doing that is to provide a copy of your marriage certificate. This can create problems for some couples because US immigration officials will usually demand that the marriage certificate be from a governmental agency and not from a church or other religious organization that performed the ceremony.

Even if you have an official government marriage certificate, you should be prepared to prove your marriage in other ways. Some examples of how to do that are, statements from a joint checking account or other banking statements, joint investment accounts, joint property deeds, birth certificates of children born of the marriage, photos or videos of your wedding ceremony, emails, love letters, and telephone records.

Are you admissible to the United States?

Once you’ve worked with your immigration attorney to overcome the initial stages of the fiancé visa or marriage visa application process, you will need to apply for a green card or adjustment of status. Most green cards issued as a result of a fiancé visa or marriage visa application will come with conditions imposed by United States immigration officials. Typically, there is a two-year period in which those conditions are imposed after which you may request that the conditions be removed from your green card. In some cases, such as where spousal abuse is present, the conditions can be removed even though the marriage was dissolved before the two-year period elapsed.

Working with an immigration attorney

Working with an immigration attorney is generally the best way to ensure that your immigration petition will be handled properly, quickly, and cost-effectively. If your goal is to be reunited with your loved one in the United States as husband and wife, an experienced Tustin, CA marriage & fiancé visa attorneys gives you the best chance of that happening without running into serious problems. Our Tustin CA immigration attorneys help people solve immigration problems from North Carolina to California and worldwide, we are here to help. Call us today.