Criminal Convictions As Grounds For Deportation

As he announced his 2020 re-election bid, President Donald Trump has promised to further strengthen the crackdown against illegal immigrants by intensifying the deportation of millions of illegal immigrants from the United States.

However, deportations are not limited to an undocumented immigrant.  Even those with legal status may be sent back to their home country. 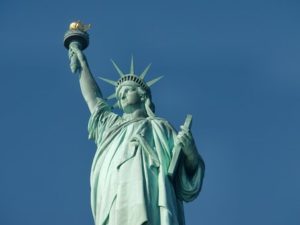 The U.S. Immigration and Nationality Act (“INA”) has set several grounds for the deportation (“removal”) of non-citizens. Common grounds for deportation from the United States include (but are not limited to):

While illegal immigrants have few rights and can be sent back to their country of origin without due process in as little as 24 hours,  lawful permanent residents (those with green cards) and holders of visas such as F-1 student visas and K-1 fiance(e) visas have the right to a hearing before they can be deported. They can also appeal an adverse decision to the Board of Immigration Appeals (“BIA”).

However, any immigrant or a green card holder should be aware of how criminal offenses can affect their current status. U.S. Immigration authorities have several reasons to deport an immigrant – that is, send the person back to his or her country of origin. The most common reason for people to be placed into removal proceedings is when they have been convicted of a crime.

If you are a non-US citizen, you should be aware that you are at risk of deportation. If any of the following are convicted of crimes, they may be deported:

While these categories frequently overlap, there are distinctions in as far as the consequences are concerned. Some types of crimes make you inadmissible to the United States. If you are deported for a crime that makes you inadmissible, you will not be able to legally return to the US no matter how long you have been a permanent resident of the country. The Department of Homeland Security (DHS) makes sure to deport a foreign national convicted of a “deportable crime” back to their country of origin. They are also in charge of blacklisting criminal immigrants, which means ineligibility to enter the United States again for years. They can also be permanently barred from applying for a green card or an adjustment of status and be disqualified from receiving asylum status in the U.S.

Once a foreign national is convicted of any of these crimes, an immigration judge will order his or her name’s inclusion in the immigration deportation list. It is easier to get hardship waivers if your crime is not considered a “particularly serious crime.” They can be exempted if they receive such a waiver of grounds of removal. It helps to talk to an immigration lawyer to assess your case, whether your criminal offense is deportable or not.

Immigration laws stipulate that a criminal case can be prevented from being classified as a crime of moral turpitude if it is a “petty offense.” The petty offense exception is applicable if the punishment for the crime committed does not exceed one year prison time, or if the offender did serve time in prison, it was for less than six months. Crime involving petty offense can be shoplifting, simple assault, or Driving Under the Influence charge that did not involve driving without a license or damage to property or persons. Under the INA, a crime is considered particularly serious if it is an aggravated felony that is punishable with a sentence of 5 years or more.

If you are facing deportation (removal) due to one of the above-mentioned reasons or for any other reason, it will be best to seek legal counsel from an immigration attorney as soon as you can. Doing so can save you from a criminal conviction and deportation. Talk to us at Diener Law for legal assistance or legal representation.