Becoming a Citizen: The Basics of US Citizenship

If you are reading on how to become citizens of the United States, know early on that applying for citizenship is a long, complicated immigration process. However, despite the lengthy processing times or the numerous supporting documents and immigration forms that one must fill out, almost any foreign national who is eligible for citizenship goes through this tedious application.

United States citizenship gives an individual of a different nationality several rights and responsibilities, such as actual permanent residency in the country and the right to vote. Unlike a green card holder, a US citizen can vote in federal and state elections.

Under immigration laws, petitioning and processing the immigrant visas of alien family members is much simpler for a citizen of the United States. Your relatives living abroad can immigrate, get green cards, and may even qualify for citizenship eventually. While one can also do this with a permanent resident card, the latter has more restrictions and takes a much longer period.

Furthermore, a United States citizen can travel to and even reside abroad much easier compared to an immigrant who has only become a green cardholder. 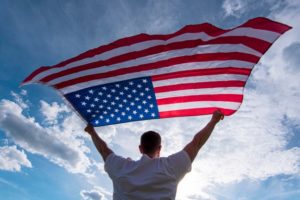 Unless you were able to automatically gain citizenship by birth, you must process your application with the US Citizenship and Immigration Services (USCIS) Office. On top of having lawful permanent residence or being a green card holder for a certain period, you must meet other citizenship requirements specified below:

To know more about who is eligible to apply for citizenship and eventually become a citizen, you can talk to an immigration attorney from a trusted law firm who can explain this in more detail.

Before submitting USCIS forms or proceeding with your visa application, removal of conditions, or the actual citizenship process, give us a call. Contact us at Diener Law for a consultation.