Permanent Residence vs. Citizenship: An Overview

When going through the immigration process, there is usually confusion about the difference between being a green card holder and being a U.S. citizen. Both statuses allow you to stay legally in the U.S., and while having permanent residency grants you the permission to live and work in the United States for an unlimited period, having U.S. citizenship still gives more security and benefits.

What is a Permanent Resident Status?

Lawful Permanent Residents (LPR), or Green Card holders, are individuals who are granted lawful permanent resident status which means that they are legally authorized to live permanently in the U.S. LPRs are allowed to accept employment without any restrictions, own property and assets, receive financial assistance in universities and public colleges, and join the military. Foreign nationals with an LPR status can also apply for citizenship if they meet the eligibility and admissibility requirements by the Immigration and Nationality Act (INA). 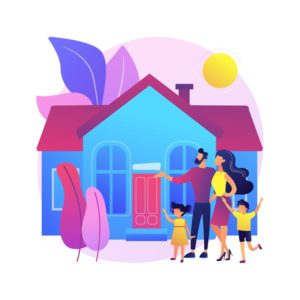 Having a permanent resident card also allows you to live and work in the United States. A green card also allows you to petition your immediate relatives (unmarried children and spouse) to immigrate to the U.S. and be granted permanent residence. However, qualifying individuals will only be considered as “preference relatives.” The immigrant visas released in this category is only limited, and they’ll likely be waitlisted before they can become a green cardholder.

Having permanent residency doesn’t mean that you’ll gain U.S. citizenship. You’ll remain a citizen of your home country, and each time you fly overseas, your passport (from your country) and your green card must be with you. Your green card will be used as you go back to the United States.

Although being a lawful permanent resident has many perks, it also has certain limitations that you need to follow to avoid deportation and other immigration issues. As a permanent resident, you’re not allowed to vote during the U.S. federal and local elections, and doing so can affect your chance of becoming a U.S. citizen. Other grounds of deportability also include committing crimes and failing to inform USCIS of your change of address.

If you fly outside the U.S. and you wish to return, your trip must only be for a temporary visit, and not to permanently reside in that country. Making your home in another country aside from the U.S. can lead U.S. Customs and Border Protection (CBP) officers to decide that you’ve abandoned your U.S. residence. So if you have plans of leaving the U.S. for more than a year, it’s best to apply for a re-entry permit before leaving. You may contact a North Carolina immigration attorney to help you process your immigration paperwork.

After 5 years of being permanent residents, LPRs who have displayed a sense of good moral character, can read, write, and speak English, and have adequate knowledge of U.S. government and history can change their immigration status and apply for American citizenship or naturalization.

What is a U.S. Citizenship?

There are different ways to obtain U.S. citizenship:

U.S. citizens are given a U.S. passport which they can use to enter many countries visa-free. They can also leave or return to the U.S. without worrying about becoming inadmissible, and there’s also no limit to how long they can stay outside of the country.

A U.S. citizen can also vote in U.S. elections and hold government positions. There also certain scholarships and grants which are given by the federal and state governments that are only given to U.S. citizens.

As an American citizen, you can also petition for family-based immigration. Your parents, spouse, and unmarried children (under the age of 21) are considered immediate relatives, which means they can immigrate to the U.S. as soon they finish the immigration process. Your children who are married and children over 21 years of age, and siblings are eligible for the petition as preference relatives.

If you’re interested to know more about how to apply for permanent resident status or U.S. citizenship, reach out to a North Carolina immigration lawyer.

Here at Diener Law, we have experienced immigration attorneys who can assist you with your immigration needs. Contact us today for a free consultation.