What to Not Do to Avoid Deportation

Immigrants, regardless of visas, must steer clear of the criminal justice system at all times. Keep in mind that even with an adjustment of status, a US green card holder could be deported for certain crimes. If you do find yourself arrested for these, seek legal help right away. Contact our Greenville immigration attorneys right away to know if a conviction could lead to removal proceedings. Note that a plea bargain that would make you convicted of a deportable crime can do more harm than good. Discuss with a reliable local attorney how you can save your permanent residence and immigration status.

Do not disregard immigration policies

Immigration rules and state law are there for a reason. They are meant to be followed primarily to keep society in order. From your end, avoiding a conviction will make sure you keep your shot at eventually obtaining US citizenship.

While ‘simply’ being arrested (where charges are dropped or dismissed) may not be used as the basis for deporting a foreign national, they may have an impact on your good moral character. Pleading guilty or no contest, however, would be an entirely different story, specifically when punishment or penalty was ordered even without an actual conviction. Under relevant immigration law (Immigration and Nationality Act), such ‘conviction’ could lead to removal proceedings. Greenville immigration attorneys can explain this to you in detail. 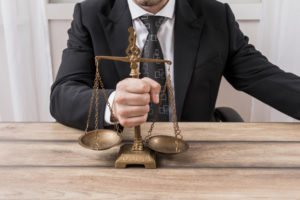 Keep in mind that ineffective assistance of counsel could be indicative of a violation of constitutional rights. As such, one should not enter a plea bargain agreement without being advised of the consequences of criminal convictions, particularly under relevant immigration policy.

A foreign national facing a criminal case is generally ‘protected’ from pleading without being fully-informed that doing so could make them deportable. This means that an unconstitutional conviction that is vacated for cause may not be used for deportation proceedings.

Do not hesitate to explore your options

If you have been convicted and such conviction for a specific crime may not be vacated for cause, try getting a pardon so that the immigration court will not use it as grounds for the deportation process. This, however, could take quite a long time and expert legal representation is necessary.

If you were arrested for an aggravated felony or a crime of moral turpitude, avoid a conviction at all costs. Pleading your charge down may help prevent yourself from becoming deported to your home country, but assistance from experts on immigration services is crucial.

If you do find yourself arrested for criminal charges, immediately contact not only a criminal attorney but Greenville immigration attorneys who are experienced in handling cases involving both immigration and criminal law.

Criminal lawyers would often ask clients to accept a plea agreement to successfully avoid jail time. This is how they usually work on cases, which could indeed be advantageous for some (but not for you). Remember that an immigrant can become deportable because of this. Even an experienced criminal lawyer may not be very familiar with the twists and turns of immigration law practice, so make sure you contact immigration attorneys.

Deportation proceedings for those with lawful permanent resident status and nonimmigrants without valid visas are vastly different. However, they could both end with the foreign national being deported to his or her home country. As such, both should avoid doing anything unlawful.

If you are still undocumented and have not found a suitable way to deal with (and hopefully improve) your immigration status, you have to be extra cautious. Even non-deportable offenses could risk your chances of continuing to reside in and eventually legally immigrate to the US.

Do not get unwanted attention from the federal court

Issues with your driver’s license, often spotted at traffic stops, may have a big impact on your immigration status. While undocumented immigrants often need to drive for them to earn a living, most states will not grant them a license to do so. While driving without a license is, in itself, not something one would ideally do, make sure to follow all traffic laws. Avoid changing lanes without signaling or speeding for the police to not have a legal reason to stop you and ask for your driver’s license and proof of registration.

Keep in mind that the police are aware that most undocumented persons cannot get driver’s licenses. As such, aside from being arrested and charged for driving without a license, a suspected undocumented alien may be turned over to immigration authorities (who may deport him or her).

Laws related to immigrating to and obtaining permanent residency in the US are constantly changing. Get someone knowledgeable not only on United States Citizenship and Immigration Services or USCIS forms and paperwork but on implications of criminal offenses on your status as well.