Before applying for naturalization, foreign nationals aiming to become American citizens must first confirm that they have not yet obtained United States citizenship through derivation or acquisition. These two terms are often confused with each other, but they are not interchangeable.

How do foreigners derive citizenship to the United States from a citizen parent? Here are the main requirements: 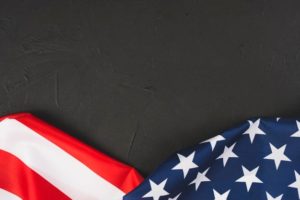 In cases where the children do not meet all of the requirements to derive citizenship, their situation may be corrected in order to fulfill all the eligibility requirements. Those who are not legal permanent residents may apply for green cards. Those who are outside the United States or not living with their citizen parent may come to the United States in order to reside in the same home.

In instances where the children are no longer minors and are living independently when their parents finally become citizens, derivation of citizenship may still apply if they once satisfied all of the requirements at the same time. They won’t have to worry about the loss of citizenship. This won’t happen unless they willingly renounce it.

The above rules mainly pertain to the biological children of a foreign national who has become a citizen. Adopted children have to deal with more details in order to acquire or derive citizenship. The same is true for illegitimate children whose only citizen parent is their father.

Illegitimate children whose only parent to become a citizen of the United States is the father must have been legitimated by their father before they turned 16 to be able to change their nationality by way of derivation. Different countries have different ways for fathers to legitimate their children. Here are the most commonly accepted ways:

When aliens meet the requirements for derivation, they automatically become US citizens even without legal papers indicating so. It’s important, however, to have evidence of US citizenship status, so it’s recommended that those who derived citizenship obtain their Certificate of Citizenship from the USCIS (United States Citizenship and Immigration Services). This will allow them to obtain a US passport and receive other benefits of citizenship and naturalization that they’ve become entitled to in becoming American citizens.

Do You Have Naturalization and Citizenship Concerns, Contact a North Carolina Immigration Lawyer Today!

Foreigners who want to be naturalized citizens of the United States should find out what their immigration and naturalization options are. To get help navigating the legal paths set by immigration laws, it’s recommended to engage the services of a lawyer who specializes in immigration law. Whatever your immigration goal may be – becoming a citizen, ensuring legal immigration status, obtaining a permanent resident card, stopping deportation, et cetera – it is in your best interest to have legal counsel and representation.

Appropriate legal aid offers a great advantage as you work toward attending that naturalization ceremony, taking the oath of allegiance, and receiving your naturalization certificate. If becoming a US citizen is what you aspire to, do what you can to make your journey through the naturalization process as pleasant as possible. Call us at Diener Law to schedule a consultation with an experienced North Carolina immigration attorney.