US citizenship comes with a long list of advantages, and it is partly for this reason why becoming a citizen involves a lengthy and tedious immigration process. Learning how to become citizens of the United States is not something that can be done in one sitting. Immigration laws are quite complex. Below, however, are questions frequently asked by a foreign national who aspires to be eligible for citizenship:

Gaining citizenship gives an immigrant actual permanent residency and certain rights and responsibilities, such as the right to vote. A United States citizen, in contrast to a green card holder, could vote in federal and state elections. A US citizen can also travel to other countries and even reside abroad a lot more easily.

2) Will it affect petitioning and the application process for immigrant visas?

Alien family members of a citizen of the United States may immigrate, get green cards, and even try to qualify for citizenship after several years. Although a permanent resident card could also enable you to do this, your citizenship status will lessen the restrictions and shorten processing times. 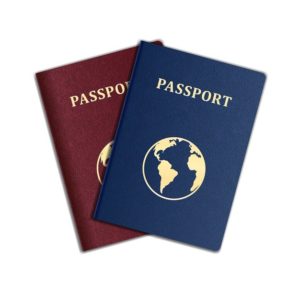 3) What government agency should I contact if I want to gain citizenship?

The US Citizenship and Immigration Services or USCIS Office processes applications for lawful permanent residence and citizenship papers. Aspiring United States citizens must fill out and submit immigration forms and supporting documents to the said office.

4) Who has a chance of qualifying for citizenship in the United States?

A person at least 18 years old and with good moral character must be a green card holder for at least five years. This minimum age requirement may be waived only for individuals who were allowed to get a green card through asylum, refugees, or military personnel with lawful permanent resident status.

Becoming citizens of the United States is possible for those willing to take an oath of allegiance, which states a belief in the principles of the Constitution. Modifications and certain exceptions are considered only when necessary.

5) What are the general citizenship requirements?

First, immediately before the citizenship application, there must be five continuous years of residence in the United States. This includes being physically present for at least half of this period, and not staying in a different country for more than one continuous year. Three months of residence in the district or state where papers are to be filed is also required.

6) What if I want to know more about how to obtain citizenship?

Immigration law 8 U.S.C. § 1427 details who is eligible to apply for citizenship and eventually become a citizen of the United States. An experienced immigration attorney from a reliable law firm can help with your citizenship application.

When filing your visa application, legal permanent status, and the actual citizenship process, give us a call. Contact us at Diener Law for a consultation.

FacebookTwitterRedditLinkedInWhatsAppTumblrPinterestEmail
Request A Free Copy of Our Book (a $29.95 value)