Applying for a green card is not a simple task. Almost always, legal assistance from a reliable immigration law firm is necessary. A competent immigration lawyer can explain to you relevant immigration services, assist you as you pay your filing fee or biometrics fee, and brief you on usual processing times. Keep in mind that certain procedures can take several months after immigration forms are submitted.

Note that if are staying in the United States with no valid visas or papers, you could be subject to removal proceedings and eventually be deported. Below are ten common questions immigration attorneys receive. Read on to know more about the lawful permanent residence, be more prepared for your removal of conditions, and minimize the risk of deportation.

The United States Citizenship and Immigration Services is the government agency where you can process your green card application. Before one can get a green card, a foreigner must first submit USCIS forms required by the relevant immigration process.

Being a permanent resident of the United States (or green card holder) comes with various privileges. Green cards conveniently allow an individual to prove to another party that he or she has lawful permanent residence in the country.

3) When is a green card useful? 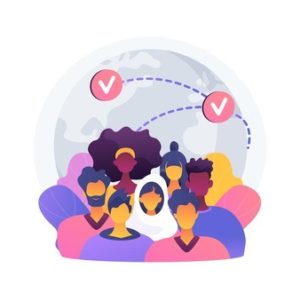 A permanent residence card is especially useful when the permanent resident status of an individual, with a different nationality, will make a major decision. These instances include purchasing a house or switching jobs, among others.

4) How can I immigrate and obtain lawful permanent residence?

There are several ways. An alien fiance of a US citizen or a lawful permanent resident, for instance, may be able to get a green card through marriage. A foreign national who is also an advanced degree professional, meanwhile, could use the national interest waiver to become a permanent resident. A lot of other options are open.

5) Is there a high chance that I will be denied?

While there are various ways to proceed with immigrating and becoming a permanent resident, such cannot be guaranteed. Obtaining a green card is difficult and denial is not uncommon, even if you submit all immigration forms and supporting documents. Having your petition approved, however, is not impossible.

6) What does it mean to be a conditional permanent resident?

7) What is the removal of conditions?

8) When should this be done by conditional permanent residents?

An application for a ‘non-conditional’ permanent resident card should be done within the six month window period before the expiration of the conditional green card. In some instances, the green card process accounts for 18 months after one arrives at his or her port of entry.

9) What specific paperwork is required?

The forms vary for each case. An individual acquiring permanent residence by getting married, for example, should file a Petition to Remove the Conditions of Residence (Form I-751). Meanwhile, a Petition by Entrepreneur to Remove Conditions (Form I-829) is for those on an investor visa.

10) What if my petition to become a lawful permanent resident is approved?

US immigration is not a subject matter that should be taken lightly. In most cases, visas, permanent residency, or citizenship can tremendously change the life of a foreigner immigrating to the United States.

For clarifications on immigrant visas, consular processing, or adjustment of status, or for assistance on the removal of conditions in your permanent resident card, give us a cal at (657) 279-5506l. Talk to us at Diener Law to consult with a reliable immigration attorney.