Re-entry to the US After Deportation 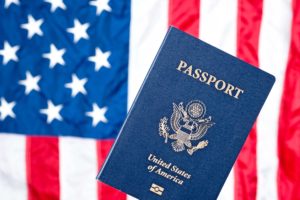 When a non-citizen is deported from the United States, it will be difficult to get another visa or green card allowing re-entry. The federal government typically imposes a period of inadmissibility. During this time, the individual is banned from re-entering the country at a port of entry. In most cases, the ban lasts for 10 years, but it can range anywhere from 5 years to a permanent ban.

While a ban on entering the United States is certainly a serious matter, it’s not necessarily impossible. Reentry procedures following deportation vary based on the reason why the person was deported in the first place, the number of violations, among other reasons.

Of course, if you’re planning to apply for reentry, you’ll need some basis upon which to do so, such as eligibility for a visa or green card.

Typical Grounds Upon Which People Get Deported

You can get deported for several reasons. The reasons for deportation usually fall into one of the following four categories:

Though there are waivers for each ground of removal, there is none for someone who is found to pose a security threat.

If you were deported because of an aggravated felony, most likely, you will be barred from entering the U.S. for 20 years.  If you were removed for a lesser charge, you need only wait for five or ten years before applying for a waiver. This goes without saying that the waiver is dependent on the reasons for your deportation.

Waiting Time for Application for Reentry

Once you have been deported, the United States government will bar you from returning for five, ten, or 20 years, or even permanently. Generally speaking, most deportees carry a 10-year ban.  The exact length of time depends on the facts and circumstances surrounding your deportation.

If your deportation was ordered after a removal hearing before an Immigration Judge, even if you were absent from the proceedings.

If you were deported once before and subsequently attempted to unlawfully re-enter the country before your original ten-year period of inadmissibility has expired.

Deportation cannot be easily overturned. Your visa may be canceled if you violated the terms of your visa. If you are a green card holder and you committed a crime or any deportable act, you are stripped of your U.S. lawful permanent resident status.

In very rare cases, you may appeal to have your case “reopened” or “reconsidered” if there was an injustice done against you or if there are new pieces of evidence that came out in your favor.

More often than not, should you plan to come back to the United States, you will need to start from scratch. You must prove your eligibility for a non-immigrant (temporary) or immigrant (permanent) visa, and find out if you can overcome your inadmissibility in order to successfully apply for it.

Preparations to Reapply for A Visa

If you wish to apply for admission to the U.S. as an immigrant while the deportation-based bar is still in effect, you may be able to arrange this by first completing USCIS Form I-212 Application for Permission to Reapply for Admission into the United States after deportation or removal. Form I-212 is a request that the U.S. government lift the bar early and allow you to go forward with your visa application. This is not available to everyone. Such that convicted felons are not granted this privilege.

You will also need to submit all paperwork and correspondence that explain and support your case, including records of your removal proceedings. These might be:

Waiver of Grounds of Inadmissibility

If you were deported for certain reasons, such as for being unlawfully present in the United States or for committing a serious crime, Form I-212 will not be enough to get you back into the United States on an immigrant visa. You will also need to apply for a separate waiver of the ground(s) of inadmissibility created by the underlying act or problem. While filing Form I-212 may remove the prior removal restrictions, the USCIS Form I-601 which is an Application for Waiver of Grounds of Inadmissibility is necessary to remove the grounds for removal, i.e., a waiver for a conviction of a crime of moral turpitude.

An Immigration Attorney May Help You