Legal Ways for Illegal Aliens to Stay in the US

The Illegal immigration debate has always been a topic of contention in the US. Migrants commonly called illegal aliens face many challenges, not the least of which is the ire of entities like Customs and Border Protection, Immigration and Customs Enforcement (ICE), United States Citizenship and Immigration Services (USCIS), and the Department of Homeland Security (DHS).

There are few options to become a lawful  US permanent resident and Green Card holder for undocumented immigrants. In this article, we’ll discuss options for illegal immigrants to obtain Green Cards in our country under US immigration policy. An experienced immigration lawyer can help guide you and give you the best possible chance at obtaining legal status

Qualifying for asylum gives you the right to stay in the US. If you’re suffering from persecution, or even the fear of being persecuted, based on nationality, race, political opinion, or religion, you can apply for asylum with the help of skilled North Carolina immigration attorneys.

Many immigrants fleeing for their safety immigrate to the US for a chance at a better life. If you’re one of those asylum seekers, a successful application gives you freedom from the hardships you’ve faced in your home country.

If the US grants you asylum, you can get a Green Card one year after, and then apply for US citizenship four more years later.

Bona Fide Marriage with a US Citizen 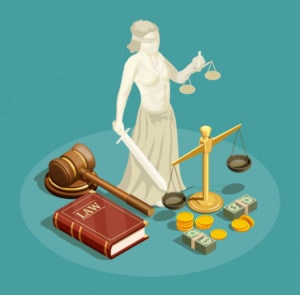 The most common way for illegal immigrants to qualify for a Green Card is to get married to an American citizen. Under US immigration law, a spouse of a citizen becomes an immediate relative, which makes them eligible to be a permanent resident. However, not every migrant can use this to change their immigration status.

If you’ve entered the country via legal immigration but became illegal due to overstaying, that gives you better chances! Since you entered legally, you can qualify to become a permanent resident with the due process via an adjustment of status.

But if your immigration to the United States is via illegal entry, like smuggling or sneaking through border security, your chances may be slim than those who were legal immigrants but overstayed. This does not mean you have no hope! Get in touch with an experienced immigration lawyer ASAP to see whether there are old laws that can get you to stay in the US legally without immigration issues.

If you’re an illegal immigrant who snuck around border patrol, don’t worry! You can go back to your home country and undergo “consular processing” to get into the US immediately. Talk to a knowledgeable immigration lawyer before doing such so you know what to expect.

Temporary Protected People lets a migrant from an unsafe place stay in the US for a set time. If your country has experienced a natural disaster or a civil war, you may qualify for TPS.

Take note that a TPS does not lead to a green card or citizenship for refugees. It only lets you stay legally so that you don’t have any trouble with immigration enforcement when living in the United States.

Cancellation of Removal in Immigration Court

If you got in trouble with the US immigration authorities and are facing deportation, there may be a way out! An experienced immigration lawyer can use the American immigration laws to prevent you from getting deported and get you a Green Card, too!

Your lawyer will have to show the immigration judge that:

This is one process you absolutely must not do on your own! If you’ve been apprehended by law enforcement and in removal proceedings, don’t hesitate to contact our seasoned immigration lawyers. We’ll help with whatever issues of immigration you may have and prevent deportation.

Immigration policies give people who served with the US Armed forces a path to citizenship. If you served honorably in certain conflicts, then you can apply for naturalization without having to go through getting a Green Card! You must, however, enlist (sign up) while on U.S. territory.

Undocumented immigration has always been a big issue. Regardless, all immigrants in the US have the right to a comfortable life. If you’re an undocumented worker or an unauthorized immigrant looking to live a better life in the US, talk to our experienced North Carolina immigration attorneys at the law offices of Diener Law. We’ll solve your immigration problem and get you legal status as soon as possible. What are you waiting for? For immigration solutions, call our North Carolina & California immigration law firm today!