Immigration law is a branch of law concerning the movement of persons be it temporary or permanent residency. Immigration in the United States is governed by the President and the federal courts. They take into consideration the laws and international agreements such as the United Nations International Covenant on Civil and Political Rights which took effect way back 1976.

The United States is a free democratic country that gives equal opportunities and conditions for its citizens. There are various ways to become a US citizen, with marriage with a US citizen being one of the fastest ways. A fiancé visa is a nonimmigrant visa allowing a foreigner to enter the United States as a K-1 nonimmigrant to marry their intended spouse.

Requirements for a K-1 Fiancé Visa

To be eligible for acquiring this kind of visa, a person:

Petition for a K-1 Fiancé Visa 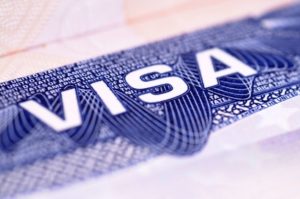 An American Citizen must be the one to file the petition for a Form I-129F at the United States Citizenship and Immigration Services (USCIS). After consideration, the USCIS office will forward the petition to the National Visa Center (NVC) which will process and send the documents to the US embassy where the alien fiancé is located. After this, the Consular Section of the US Embassy will send a letter to the foreigner instructing her to provide the necessary documents for the visa application. Such documents include:

Upon marriage within the 3 months, your spouse can now apply for a green card through a Form I-485. The USCIS will review the form and documents before you and your spouse will be required to appear for an interview. If you were married for less than 2 years at the time the Form I-485 is approved, the spouse will be granted a conditional permanent resident status valid for 2 years. The spouse will then need to file for a Form-I-751, removing the conditions imposed on his or her residence before they lose a green card. Only then may your spouse be given a permanent resident card as a US citizen through naturalization.

If the fiancé has children who are under 21 years old and unmarried, they may be eligible for a K-2 nonimmigrant visa. The term “children” include the fiancé’s natural kids, adopted kids, and kids born out of wedlock. In cases where the children are below 21 but under 18 years old, they may still be allowed to enter the country but as a K-2 dependent. If the children is close to turning to 21, the immigration must be notified and request that they expedite the process which they often do. Immigration law is an evolving law and there have been litigations concerning this issue. If you are unsure of what to do, contacting an immigration attorney will be very helpful.

Immigration laws are very complex and sorting it out on your own may be very tricky and confusing. We at Diener Law, an immigration law firm, can provide you with information and viable options in acquiring a K-1 visa for your fiance and getting him or her a permanent residency. Our immigration lawyers are knowledgeable of the immigration system and have vast experience in handling issues of immigration, legal representation, and naturalization. Contact us now for a free immigration law consultation.