Is Applying for Citizenship Risky?

Many green card holders target becoming a citizen as their next goal, especially if they have already established permanent residence in the United States. American citizens, of course, have more rights, privileges, and benefits than mere lawful permanent residents. 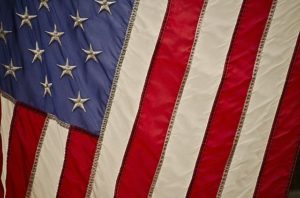 Take note, however, that there are risks in applying for naturalization. Before foreigners become citizens of the United States, they will have to subject themselves to a meticulous review process from the United States Citizenship and Immigration Services (USCIS). The USCIS office will closely study their citizenship application, going over their files, conducting background checks on them, and ensuring that their history in the country is spotless. Should they show red flags, not only could their application be denied, their legal permanent resident status could also be jeopardized. It’s possible that applicants face removal proceedings instead of becoming citizens if the review encounters problems.

As expected, those who apply for citizenship must show that they have good moral character, so a criminal record doesn’t help their cause. There are certainly also crimes that could lead to green card revocation.

Foreign nationals who are found to be substance abusers in the course of the naturalization application review could face deportation. It must be noted as well that nearly all drug law violations could lead to the loss of lawful permanent resident status. A criminal conviction isn’t necessary for a foreigner to be deported. Even simple proof of drug use or lying about it could lead to the revocation of a legal immigration status, which could then lead to a removal order.

Applying for American citizenship will bring the applicant’s green card application under scrutiny. If any evidence of fraud is found, deliberate or accidental, that person’s green card could be revoked. Ignorance or misunderstanding of immigration laws does not excuse the submission of inaccurate, incomplete, or wrong information when applying for a green card.

Green cards that are marriage-based are more closely scrutinized to make sure that the union was valid as well as done in good faith. Employment-based green cards, on the other hand, could be compromised if the employer had committed fraud in the petition. It’s possible for immigrants to have their green cards revoked because of somebody else’s mistake. For instance, if their employer didn’t conduct a good faith search in the United States for people to fill their positions before getting a PERM certification from the Department of Labor, then they could end up bearing the consequences.

Green card holders applying for citizenship will have all of their overseas travels reviewed. If it is found that they failed to return after six or more months at one point, they could be suspected of abandoning their green cards. According to US immigration law, they have to prove that they didn’t make a place abroad their primary home during that time. Whether the trip happened recently or a long time ago, proof of green card abandonment will lead to the denial of the application for naturalization as well as removal.

If an applicant is affiliated with the Communist Party or any other totalitarian organization, his or her application could also be denied. In fact, membership isn’t even necessary; just any show of support for a totalitarian party is enough to warrant denial since such leanings are in contrast with the commitment to democracy and constitutional principles a person has to make when becoming an American citizen. Support for totalitarian ideology, however, does not necessarily merit deportation.

Are You Seeking Citizenship? Consult a Tustin Immigration Attorney Today!

If you currently have a green card but aim to apply for naturalization to become a citizen, get advice from an immigration lawyer now to determine the risks you may run with your US citizenship application. Hire the legal services of an immigration attorney for guidance and representation throughout the application process. Call us now at Diener Law to speak with one of our experienced immigration lawyers.