How Can You Lose Your Green Card?

Having a permanent resident card or green card usually means that a foreign national is allowed to lawfully reside in the United States for the rest of his or her life. A green card, however, isn’t necessarily forever. There are instances when immigrants lose their lawful permanent resident status. These situations involve the violation of immigration or criminal laws and abandoning their US permanent residence.

Immigrants who intend to live in the US for the rest of their lives avoid the problem of losing their permanent residency by applying for US citizenship or naturalization when they qualify for it. The usual scenario is that foreign nationals become eligible to apply for American citizenship upon five years of getting a green card. This waiting period could be shorter for certain foreigners, however. 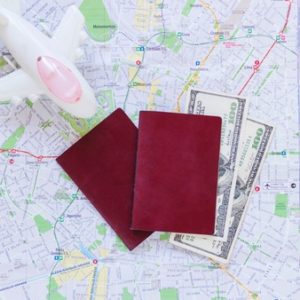 Lawful permanent residents may still lose their green card even if the crime they committed isn’t actually a felony or something serious. For instance, a permanent legal resident may be deported for minor drug possession, domestic violence, and petty theft even if these are considered misdemeanors. Unfortunately, the list of crimes that will cause a green card holder to be deported isn’t very clear. This is why consultation with an immigration lawyer is imperative when a resident alien is charged with any crime to see if a conviction could lead to him or her being deported. Criminal lawyers may be able to tell their clients what the possible immigration consequences of a conviction are, but their advice regarding the situation may be unclear and generally lacking. Immigration law can be complicated, so it’s best to speak with an attorney who specializes in it.

A green card holder may also be deported for immigration violations. Here are some possible causes.

Green card holders who leave the US for over a year will return to face close scrutiny from immigration authorities for suspicion of having abandoned their US residence or green card. In recent years, immigration rules have been more strictly enforced, leading to suspicion of card holders who have been gone for six or more months. This length of absence is a possible indicator that the foreign national has the intent to make their home outside the US.

An absence of six months or longer does not necessarily equate to the abandonment of a green card or US residence. Foreign nationals may be able to show that they didn’t mean to stay abroad for so long or that there were extenuating circumstances that necessitated their long absence.

Mexican and Canadian residents who commute to the US for work may be granted a green card even if they don’t actually live in the US, but they must inform the USCIS office of their intent to get commuter status.

After at least a year-long absence from the US, green card holders must have a re-entry permit or they’ll be required to use an immigrant visa as a returning resident.  They can go to the US consulate of the country where they’re located to get this special visa. They must submit supporting documentation that there were unexpected reasons, such as the death or serious illness of a loved one, for their long absence so that the consular official can determine that they were forced to stay abroad and had no intent to abandon their green card.

To reenter the US without problems, legal permanent residents who expect to stay abroad for more than a year may get their reentry permit from USCIS before they leave. It’s not granted to those already outside the country. This will allow them a maximum of two years of absence. To get it, they have to submit Form I-131 to USCIS and undergo fingerprinting. Upon their return, they can present their reentry permit to immigration officials. An existing permit cannot be renewed. If circumstances dictate that they stay abroad for more than two years, they may only keep their green card if they temporarily go back to the US before the two-year period ends so they can get a new reentry permit.

If your green card is at risk, it’s best that you get legal help from an immigration lawyer right away. Whether you want to get a green card or keep your existing green card, getting legal guidance for your purpose serves you well.