Dual citizenship or dual nationality for the U.S. can be acquired either by naturalization or birthright. Obtaining a dual nationality through these two options requires following a rigorous process as mandated by U.S. immigration laws.

The application process for U.S. citizenship can be complicated, and if you have any legal concerns, a Greenville immigration attorney can help.

What Is a Dual/Multiple Citizenship? 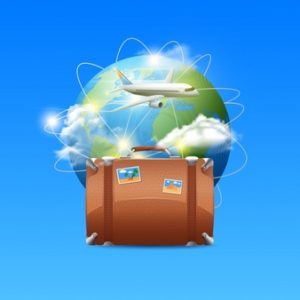 Dual Citizenship or multiple citizenships is when an individual is regarded as a citizen of two countries under the laws of those countries. In most countries, individuals are allowed to become dual citizens as long they comply with their immigration laws and meet all the citizenship requirements of the two countries. There are a couple of ways of acquiring citizenship in the United States.

The second is naturalization. Foreign nationals who apply for naturalization in the U.S. or have stayed in the country as permanent residents have the option to keep their citizenship in their birth country. Similarly, a U.S. citizen can choose to become a naturalized citizen of another country while still maintaining their U.S. citizenship.

If you have any questions regarding citizenship applications, contact one of our Greenville North Carolina immigration lawyers today.

Applying for a U.S. Dual Citizenship

Similar to other countries, there are steps to be followed when applying for dual citizenship in the U.S. When applying for naturalization, you must first obtain a green card or an immigrant visa to prove that you’ve qualified for all the requirements to work and live permanently in the United States. Here are the steps you need to follow to get U.S. dual citizenship as per the U.S. Citizenship and Immigration Services (USCIS):

Got Questions? A Greenville North Carolina Lawyer Can Help

The process of gaining citizenship can be arduous and confusing. Here at Diener law, our experienced attorney can help with your legal concerns.

Connect with a Greenville North Carolina attorney today to schedule a free consultation.