So you’re a lawful permanent resident in the US, and you’re applying to naturalize. You may be wondering whether you can gain American citizenship if you’re already a citizen of a foreign country. This article discusses what you need to know about dual citizenship.

Dual citizenship is when a person is legally a citizen of two countries at the same time. They will have legal rights and obligations in both countries.

The US does not formally recognize dual citizenship, although it does not denounce it either. If you read the Immigration and Nationality Act (INA), you won’t find any official recognition of dual citizenship as immigration status.

To add to the issue, the oath of allegiance to become naturalized citizens makes immigrants swear to renounce their allegiance to the foreign country where they were previously a citizen. But the practice in US courts is to allow dual citizenship.

The US will not take steps to stop its citizens from being a citizen of another country, nor will it ask applicants for citizenship to do anything that makes them formally renounce their home country. An exception to this if the citizen wants to give up their citizenship.

In short, the United States just wants you to be loyal to the country. No divided loyalties. Dual citizens must obey American laws, uphold the American Constitution, and follow the oath they took during naturalization. 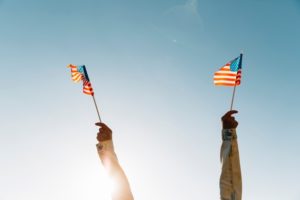 Here are some ways a person in the US can get dual citizenship:

Keep documents such as passports current in the countries you have dual citizenship. Take note of the citizenship requirements and obligations, too, such as tax obligations and the like.

A dual citizen may lose their US citizenship if they show that they want to give up their citizenship. Actions that might be taken as such include:

Although it’s rare, some countries will revoke a national’s citizenship when citizenship is acquired elsewhere. Other countries require renunciation of any prior citizenship as a condition of naturalizations. It is important to carefully read all of the rules of citizenship for each country.

Take note that some countries might demand renunciation of other citizenship as a requirement to be naturalized. Still, others might revoke your citizenship if you get one from another country. Consult with an expert to know exactly what you should do.

Check on Whether Your Home Country Allows Dual Citizenship

You should also check if you can be a dual citizen according to your home country’s laws. Otherwise, this is all moot.

In some instances, you have to formally apply for your citizenship BEFORE you can become a US citizen.

The laws of different countries usually change, thus it’s always best to consult with the country’s consulate to know what their stance is on dual citizenship.

If you hold dual citizenship, you have to know your rights and obligations. Otherwise, you may face trouble in the future. To be sure, it’s best to discuss with an experienced immigration lawyer.

If you want to become a citizen or acquire permanent residence in the US, talk to our immigration lawyers at Diener Law. Call (657) 279-5506 for an initial consultation.