DHS Intensifies I-9 Audits on Companies

In an unprecedented move, the Department of Homeland Security Immigration and Customs Enforcement (ICE) has performed I-9 audits, called Notices of Inspection (NOIs), on more than 3,000 companies in the last three weeks. An NOI advices companies that the authorities will audit their records to ensure that workers are in the United States legally. An additional 3,000 companies are scheduled soon judging by the additional $6.5 million budget received by the ICE in order to hire new Junior Compliance Officers (JCOs), who will be deployed to four new HSI (Homeland Security Investigation) offices in Charlotte/Charleston, Kansas City, Las Vegas, and Nashville/Louisville. 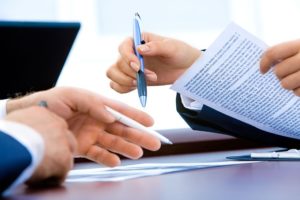 This rise in the deployment of new staff is to support ICE’s mission to “remov the magnet of illegal employment by targeting egregious employer violations and abuses in both critical infrastructure protection (CIP) business sectors and non-CIP business sectors.” Realistically speaking, I-9 audits are cost-cutting strategies of the government since these place the burden of interior enforcement onto companies, who pay for the cost of replacing valuable workers and, sometimes, settling large fines for mistakes on the Forms I-9. If a company receives an NOI, it has three days to produce the I-9s for active and terminated employees within the retention time frame. There is no grace period and special requests to extend the deadlines are seldom accommodated.

According to the Acting Director of ICE, Matt Albence, the goal of the agency “is to pursue criminal prosecution against those businesses business model is based upon illegal employment.” Businesses can face a wide range of criminal charges such as unauthorized hiring of undocumented workers, harboring, tax evasion, money laundering, and even to wage and hour violations. Errors in accomplishing the I9 may also make companies accountable for large civil penalties, ranging from $220 to $2,292 per violation. Any employer found guilty of having unauthorized workers in their employ will be given 10 days to terminate their employment, which can have a huge negative impact on the business. Furthermore, ICE is planning to conduct more unscheduled Targeted Enforcement Investigations – also known as ICE “raids” – based upon tips or information gathered in audits if companies may have knowingly hired undocumented immigrants. Hiring irregularities may be discovered during an audit of the company’s I-9 forms. Federal hiring laws require that employers have new hires fill out I-9 forms.

The ICE has been very diligent in these surprise inspections because of the increase in audits between 1,360 audits in 2017 to 5,981 audits in 2018. This year, 3,282 audits were noticed in just three weeks. Industries which are hot spots include hospitality, agriculture, food processing, landscaping, and construction. Since 2017, ICE has been issuing some of the largest penalties in its history. In September 2017, one company was assessed a $95 million penalty. More recently, ICE arrested 280 employees at a technology repair company in Collin County, Texas, on charges of working in the United States illegally. It’s the largest worksite raid in the country in more than a decade, according to a Homeland Security Investigations official.

When audits happen, the effects on companies can be devastating. They stand to lose employees — overnight —and not significantly due to ICE. Understandably, upon discovering that an ICE audit is occurring, employees wary of their documentation may just totally avoid showing up for work.

What Are Strategic Actions to Prepare your Company During an ICE Raid?

While an ICE raid rarely happens to most law-abiding businesses in the country, it is not entirely impossible.  It pays to be ready to sure your employees, your business, and you are protected.

If your company received an NOI, immediately seek professional legal advice from an immigration lawyer you can trust. Your company, your employees, and your reputation is at stake.  Call us a Diener Law so that we can assist you in the preparations for a possible investigation or raid.