Denial of a Green Card Application

The USCIS office may deny a visa application for several reasons. The next steps to take depend largely on the reason behind the denial of the immigrant’s card application.

A foreign national applying to get a green card may be inadmissible due to health reasons. He or she will then be asked to do a follow-up medical examination. Someone getting a green card through marriage, meanwhile, could be asked to prove that the union was bona fide one. Documentation, in addition to the marriage certificate, may be requested. If supporting documents cannot be provided, an applicant will be deemed ineligible and the application for permanent resident status will formally be denied. 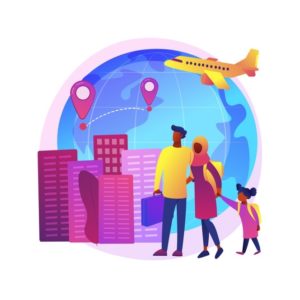 Note, however, that the denial could also be the result of a mistake. Immigration law can be complicated. Ask an immigration lawyer and he or she can tell cases where evidence was simply overlooked. Furthermore, immigration laws can change. Same-sex couples, for example, used to be ineligible for a marriage green card. Presently, as long as the same-sex union is recognized in the country or state where it occurred, non-citizens may qualify for immigration benefits as well.

Immigration lawyers are necessary, especially when a mistake could have caused the denial or you are unfamiliar with recent changes in the immigration process.

Immigrant visas (referring to the document to be used for claiming lawful permanent residence) can be applied at an embassy or consulate in one’s home country. If such an application was denied, no direct appeal can be done. The best you can do is to discuss with a family immigration lawyer, find out what went wrong, and reapply to become a legal permanent resident.

The above green card application may be processed at a U.S. Citizenship and Immigration Services (commonly referred to as USCIS) office within the country. In such a case, no direct appeal can be made. An experienced immigration attorney, however, could have the case reopened. This is especially true if new information that can likely change the original decision can be provided. Again, reapplying to become a permanent resident is always an option.

Note that if your spouse is currently in the United States but has no valid visa, the situation is much different. He or she may find himself or herself in deportation or removal proceedings. To put it briefly: he or she may be sent back to the country of origin. This is why it is important to get legal advice from trusted immigration attorneys. You can help in filling out USCIS forms and other paperwork and can prepare you for the immigration interview.

US immigration is complicated. Every day, cases involving immigration status, permanent residency, citizenship, nationality, and visa are filed. Law firms handle waivers, travel documents, and authorization papers; the list is endless. One of the most popular queries received by family immigration lawyers, however, are those related to the green card process.

Getting a green card can be difficult. A foreigner applying for a green card often gets the services of an immigration law firm, particularly when preparing and submitting paperwork to the relevant government agency. Apply for a green card without the stress. Contact us at Diener Law.