Deferred Deportation Requests for Sick Immigrants To Be Reconsidered

Without notifying the public, the U.S. Citizenship & Immigration Services (USCIS) said it had stopped allowing immigrants outside the U.S. Military to stay in the country to receive life-saving treatment. Now, caseworkers said it would reopen and complete cases that were pending on Aug. 7, the implementation of the new policy for those who are in the country illegally for medical intervention. 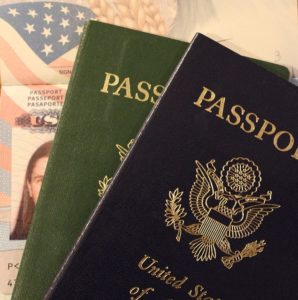 Facing criticism over immigration issues such as deportations from lawmakers and immigrant advocates, the Trump administration announced it would reopen and process some applications from immigrants with serious medical conditions who asked for a temporary reprieve from deportation while they undergo life-saving medical care in the U.S.

The Trump administration said it would reopen the consideration of some deferral requests for compelling circumstances such as medical conditions.

The unexpected move by the administration on Labor Day could be a stopgap measure for immigrants and their families who recently applied for the relief, known as deferred action, designed to protect illegal immigrants with serious medical conditions and other extraordinary circumstances from being deported. Hundreds of sick immigrants have benefited from the program, including children with life-threatening health conditions.

Like the Obama Administration’s Deferred Action for Childhood Arrivals (DACA) initiative for young undocumented immigrants who came to the United States as children, medical deferred action was part of small set of temporary relief options offered by USCIS to a person who does not have legal status, and occurs on a case-by-case basis, factoring in medical conditions and other circumstances. The illegals who were granted this protection under humanitarian grounds would not be prioritized for removal proceedings by the government.

But the program will still be closed to future applicants and to those who did not have a renewal petition pending on August 7. USCIS said that its controversial decision to make the relief available only to U.S. service members and their families was “appropriate.”

USCIS has said it has received about 1,000 deferred action requests a year, but that the “majority” have been denied. Going forward, USCIS said it will defer to Immigration and Customs Enforcement (ICE) so that the agency can determine whether to grant non-military deferred action. USCIS believed that the ICE  is the more appropriate agency to handle deferred deportation requests so that they can focus more efficiently on other legal immigration applications.

In a letter to Acting Secretary of Homeland Security Kevin McAleenan of the  Department of Homeland Security, which oversees USCIS, and Ken Cuccinelli, director of USCIS, more than 100 congressional Democrats said they were concerned about what amounts to USCIS outsourcing deferred action requests to ICE, an agency most undocumented immigrants fear because it is responsible for deporting illegal aliens.

“Requiring that prospective applicants request this humanitarian relief by applying to an immigration enforcement agency that detains and deports hundreds of thousands of immigrants annually, will deter many vulnerable children and families from coming forward and seeking life-saving protection,” the lawmakers wrote.

ICE has said its agents have the discretion to determine which individuals will be prioritized for deportation. However, ICE does not accept “applications” for deferred action.

The lawmakers and advocates also protested what they called a “cruel” and “inhumane” move.

“Individuals requesting deferred action from USCIS are among the most vulnerable. Children and families submit such requests due to severe medical conditions like cancer, epilepsy, cerebral palsy, muscular dystrophy, and cystic fibrosis,” the lawmakers wrote. “In many cases, the treatments are life-saving.”

Earlier this month, immigration attorneys and their clients who applied for medical deferred action or a renewal began receiving denial notices in which USCIS said it was no longer considering petitions for the relief. The letters also said immigrants who are not authorized to remain in the country should leave within 33 days or face forcible removal and denial of future visas if they did not comply with the immigration policy.

The decision caused fear and confusion, the lawmakers said, warning it could force people to return to countries where lack of necessary medical care threatened their lives. They asked DHS, USCIS and ICE to answer a list of 14 detailed questions about the policy shift.

Along with their arguments that the decision to scrap the program will jeopardize the lives of vulnerable immigrants and children, Democrats and immigrant advocates have lambasted the administration for not notifying the public or Congress about the shift in policy.

The agency sent out letters in early August informing those who had requested deferred action about the new policy, not providing sufficient information on how to submit requests with ICE.

USCIS said those denied requests that were pending on Aug. 7 did not have removal orders pending and had not been targeted for deportation.

Need legal services of an immigration attorney in North Carolina?

Our experienced immigration lawyer at Diener Law understands how it is to be stricken with medical conditions that need sophisticated medical attention only available in some countries like the United States. If you or someone you know needs medical attention in the US but is in danger of deportation, do not hesitate to call us for legal advice.  The initial consultation is free and we will work with you to ensure that you or your loved ones get the best possible outcome to your immigration concerns. Call us now for legal assistance on citizenship and immigration.