Convictions and Getting a Green Card

Like most people would know, immigrating and obtaining lawful permanent residency (and a US green card) necessitate a complicated immigration process. One must fill out several immigration forms and paperwork involved in the green card process.

For this reason, immigrants who wish to reside in and successfully become a green card holder should be very cautious with their actions. That is if he or she wants to be a permanent resident of the United States.

A foreign national, whatever the visa status is, should be extra mindful of what is lawful or not. Note that arrests and convictions could, in various ways, affect your immigration status and your chances of getting permanent residence. If you are ever involved in a deportable offense, consult with a trusted immigration lawyer as soon as possible. He or she can help explain what an alien can try to do to avoid removal proceedings and get deported to one’s home country. Note that if you were deported for certain crimes, you may not be able to travel to the United States ever again. 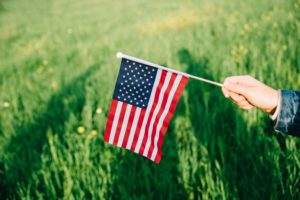 For purposes of US immigration, only actual convictions on record may serve as the basis for deportation. However, while dropped or dismissed charges do not count, they may affect your green card application (or eventual citizenship application) through the good moral character aspect.

In contrast, under the Immigration and Nationality Act, if a foreigner pled guilty or no contest and the judge ordered a penalty or punishment, he or she could be deported based on such, even without a guilty judgment. This can be explained further by experienced immigration lawyers. Additionally, under relevant immigration laws, the above may also apply to a proceeding with a withdrawn plea.

According to immigration law, if a conviction is vacated for cause, the immigration court may terminate deportation proceedings. Not being properly informed of the consequences of a conviction, specifically to an application to get a green card (or essentially ineffective assistance of counsel) before a plea bargain agreement is considered a violation of constitutional rights. Such will affect one’s legal permanent resident status and immigration to the United States differently when compared to the previous scenarios.

Note that an immigration judge will generally not consider a pardoned crime as grounds for deportation, and so a pardon from the prisoner review board or pardoning panel may place a crucial role. However, as in above, pardoned crimes will still be part of US Citizenship and Immigration Services (USCIS) forms and could still be asked by the immigration officer during the green card interview.

Any immigrant or lawful permanent resident arrested for a crime must avoid a conviction at all costs. Make sure that you contact immigration attorneys since some criminal lawyers simply ask clients to accept a plea agreement to avoid jail time. Keep in mind that this can affect your permanent resident status and eventual application to become a citizen of the United States.

For clarifications on visas, green cards, United States citizenship, or immigration questions in general, contact a professional from a trusted immigration law firm. Call us at Diener Law to consult with an experienced immigration attorney.