Immigration law pertains to federal government rules and regulations that were established to do the following:

In the US, the Constitution gives Congress exclusive rights over legislating immigration matters. Such laws as the Immigration and Nationality Act are under Title 8 in the United States Code. While state governments aren’t supposed to be able to enact immigration laws, there have been some controversial cases wherein a state was able to pass laws that require the police to investigate aliens suspected of having illegal immigration status.

The United States has three federal agencies tasked with the administration and enforcement of immigration laws. They are all part of the Department of Homeland Security. 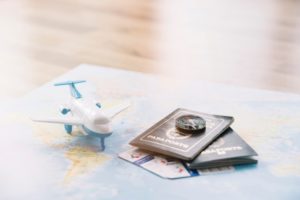 To legally enter the United States, a foreign national typically has to gain permission through the visa approval process. There are two kinds available:

The US government has a visa waiver program that allows citizens of 37 economically and politically stable developed countries to visit and stay in the US for up to 90 days without a visa. This system is often used by those who want to go to the US for a vacation. It cannot be used for purposes of employment, studies, or application for permanent residency.

Immigrating to the US is a very involved process. Not only are there numerous requirements, but there are also frequent changes in immigration regulations. For this reason, it’s best to get assistance and guidance from immigration attorneys. Even general practitioners would not be suited to take on legal immigration concerns. Self-representation would definitely be unwise.

An attorney specializing in immigration law would be a big help in the attempt to obtain a permanent resident card or green card and eventual citizenship. Take note that, while there’s a path to citizenship for investors and workers, legal status is most frequently granted through family-based immigration. This involves a permanent resident or a US citizen filing a petition on behalf of a foreign family member in another country.

Which family members can be petitioned by a US citizen? There are those generally considered immediate relatives, including:

There is no annual limit on the number of immediate relative visas approved, which means that there’s no need to wait for turns. Petitions may also be filed on behalf of other family members, but these are subject to yearly quotas. Who are these more distant relatives?

Adult unmarried children receive preference over brothers and sisters, but the waiting period for these lower preference categories could last years.

Immigration is a complex legal matter. To take the correct steps and avoid any misstep, it’s best to get legal help. Call us at Diener Law to schedule a consultation with a skilled and experienced North Carolina immigration attorney.