Applying for Citizenship: How Long Will It Take?

While learning how to become citizens of the United States can indeed be difficult, it is not entirely impossible to be familiar with the basics of US Citizenship. The immigration process needed to obtain citizenship can indeed be time-consuming. However, a foreign national eligible for citizenship has enough reasons to push through with processing his or her citizenship application.

Under the immigration laws of the United States, citizenship involves certain rights and responsibilities. On top of enjoying the benefits of permanent residency, a US citizen can exercise the right to vote in elections. Traveling to or even living abroad is much simpler for a citizen of the United States.

Alien family members of a United States citizen could immigrate and eventually obtain green cards (or even qualify for citizenship) within a shorter period. This is in comparison to a green card holder petitioning the same through his or her permanent resident card.

An immigrant who meets the minimum length of lawful permanent residence may proceed with a citizenship application. He or she must submit the necessary paperwork to the US Citizenship and Immigration Services or USCIS Office to be able to gain citizenship. 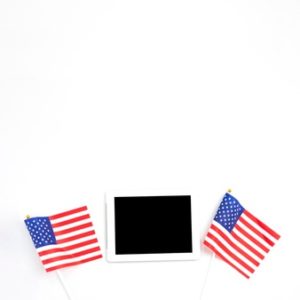 On top of at least five years of lawful permanent resident status (after being able to get a green card) and five continuous years of residence in the US, other citizenship requirements must be met. This includes a minimum age of 18, good moral character expected from aspiring United States citizens, and willingness to take an oath of allegiance stating belief in the principles of the Constitution.

Immigration laws specify who is eligible to apply for citizenship and eventually become a citizen of the United States. A hands-on immigration attorney from a reliable law firm can further explain this and relevant citizenship papers.

The second part of this article briefly summarizes how long each step in the process will take. What an applicant should expect, from the time the application was filed to the actual swearing-in ceremony, will be discussed.

1) The first step, which involves processing your Application for Naturalization, takes more or less eight months. This is what is commonly referred to as the Form N-400 processing time.

2) The next step is to proceed with your biometrics appointment. This, as expected, should not take a month.

3) The third step is to proceed with your citizenship interview and examination. Such takes around four months, on average.

4) The succeeding step involves receiving the decision on your citizenship application. This could be as fast as less than a month. Some, however, take up to four months.

5) The final step in the process is to take the Oath of Allegiance. This, and receiving your Certificate of Naturalization, could take up to a month and a half.

From the above, the total time that must pass before one can naturalize could be as short as one year (twelve months). Such, however, could extend to a year and a half (seventeen and a half months).

Keep in mind that these wait and USCIS processing times are estimates that were based on averages. As such, they do not take into account possible delays in the citizenship process that could arise. Furthermore, the length of the naturalization application is influenced by one’s residency. If you live in a place where the USCIS field office handles citizenship applications faster when compared to others, you will likely be able to acquire citizenship in a year.

Starting as early as possible and ensuring that your application is done right are also key in a successful application. As with most immigration forms, there is extremely little room for error in documents related to your citizenship application.

Becoming a citizen of the United States is not easy. As with any other petition for a change in immigration status, working on your citizenship status would require patience and accuracy. The USCIS will look closely into your records. A person qualifying for citizenship who turns out to have been able to acquire legal permanent resident status by fraudulent means could face deportation.

The services of an experienced immigration lawyer are crucial when obtaining citizenship. Your immigration attorney can help with applying for immigrant visas and submitting USCIS forms, as well as,  assist with supporting documents and immigration forms that one must fill out when proceeding with a visa application, removal of conditions, or naturalization. Contact us at Diener Law for a consultation.