What is the US Citizenship Test and which are its parts?

In the following article, you’ll learn about the US Citizenship Test and its parts, so that you are fully prepared when you take such a test and successfully pass it.

What is the US Citizenship Test?

As it is deduced from its name, it consists of a test that must be taken and approved in order to obtain US citizenship.

Which are the components of the US Citizenship Test?

This test has two components called “English Test” and “Civic Test”, and each of these components has three sections, as explained below.

What is the English Test of the US Citizenship Test? 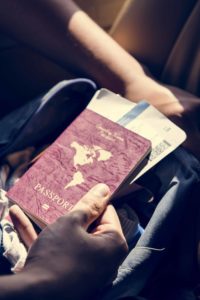 In this part, the immigration officer will determine your ability to communicate verbally in English. For this, he will ask you questions related to your eligibility and citizenship application, so do not forget to review the answers you put in your application!

For both this test and the following one, a digital tablet is provided to the citizenship applicant. In this particular test, the applicant must read aloud sentences that appear on the tablet and that are extracted from a list of words and phrases provided by the USCIS. Each time you successfully read a sentence, the immigration officer will tell you to read the following one, for a total of three sentences.

Usually, the immigration officer will not be strict when the applicant omits short words, uses incorrect intonation or mispronounces certain terms, but if it is necessary to read exactly what appears on the digital tablet – words should not be replaced by others with others that the applicant feels more familiar with. The key to success in the reading test is to make the immigration officer realize that you understand each of the sentences you are reading.

In this section of the English Test, you will take note of the sentences that are dictated by the immigration officer, having to write correctly at least one of every three sentences. To do this, you will again use the provided digital tablet and you will also be given a “stylus”, a tool that acts as a pencil with which you can write on the digital tablet.

Generally, you will be allowed minor errors of punctuation or grammar, but you do need to write legibly. Now, it should be mentioned that it’s not permitted to abbreviate words, but you can spell numbers with either figures or words (e.g. you may write “7” or “seven” to refer to that number). Finally, you should know that there is also a list of words provided by the USCIS for this section of the US Citizenship Test.

What is the Civics Test of the US Citizenship Test?

In this part of the US Citizenship Test, the applicant’s knowledge about subjects related to the United States is evaluated. Moreover, the Civics Test consists of ten questions that are selected at random by the immigration officer and to approve it, it is necessary to correctly answer at least six of them, at which time said officer will stop asking questions. It should be noted that the content of the Civics Test is obtained from a list of 100 questions that the USCIS makes available to citizenship applicants, which must be studied in their entirety, except for those individuals who are over 65, who must only learn the content of 20 questions that are marked with an asterisk.

The answers to some of these questions are in the support material, but others require you to do the respective research, such as when you are asked who is the governor of the state in which you live. Finally, the evaluation process may have variations depending on factors such as your age, how long you’ve lived in the United States, your education, etc. The three sections of the Civics Test are:

This section deals with the democratic principles of the United States, the system of government of this country, as well as the rights and responsibilities of its citizens. More than half of the Civics Test questions are about these topics, so the importance of studying this section fully can’t be overstated.

This section contains questions related to the geography, symbols and holidays of the United States.

In this last section of the Civics Test, as it appears from its name, the questions are about American history, from the colonial period, the 19th century and Recent American History.

Contact an Immigration Attorney in California or North Carolina

Those are the parts of the US Citizenship Test. If you need more information about it or need advice on immigration matters, do not hesitate to contact us.