Is travel difficult for illegal aliens? A lot of undocumented immigrants encounter no trouble traveling all over the country. While this is true, it does not discount the possibility of them being detained when they find themselves in the wrong place at the wrong time. How does an illegal alien avoid being in a situation with higher risks of detention and deportation? 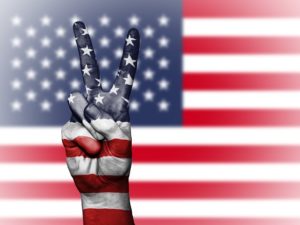 It’s common sense; an undocumented immigrant would think twice about showing up where security measures are heightened and ICE (Immigration and Customs Enforcement) officers are routinely present. If an unauthorized immigrant goes to the airport or a border, then the risk of detection and detention is higher.

The tip that goes around the illegal immigrant population is to travel by car, bus, or train, except when going anywhere near the US border. Border patrol, especially along the southern border and the southwest border is very active. Border control along these areas definitely sees more drama, not just from Mexicans, but from other asylum seekers coming from Central America. Understandably, foreign nationals who are unlawfully living in the United States are advised to stay away from the border where scrutiny is increased and the odds of encountering immigration authorities, such as agents from the Department of Homeland Security or Customs and Border Protection, are higher.

There are situations wherein illegals are able to obtain a valid US-issued identification card, such as a driver’s license. If you have one, you’re likely not to have any problem. If American immigration officers ask a person of a different nationality for identification, they expect to be handed a passport. If they are given a US-issued driver’s license, then the assumption is that the person is either a citizen or a lawful permanent resident. This also works for domestic flights. Travelers have to present a government-issued ID. While foreign passports also suffice, they might also invite closer scrutiny.

It’s different if you’re already facing removal. Illegal immigrants who are in the middle of deportation proceedings can travel. When immigration officials ask for identification, a Form I-862 (Notice to Appear) shows that there’s no reason for undocumented foreign-born individuals to be detained all over again.

If you’re an illegal alien and you’ve been stopped by an immigration official, you have the right to refuse to answer questions beyond giving your identification. If they are not certain that you’re undocumented and there’s no warrant for your apprehension, you will probably be released. You may remain silent. The burden to prove that you’re undocumented is on them. There’s no need to help them out.

Being an undocumented foreigner anywhere is no easy feat. It can be scary and stressful. Detentions and deportations to home countries are expected consequences of illegal immigration. It’s really preferable to be a legal immigrant and make your stay in the country compliant with the US immigration system.

If you don’t qualify for any of the options, make sure you store all your pertinent documents, such as IDs, proof of US residence, proof of good moral character in a safe place so that your family or friends can access them in case you are ever detained.

Also, legal or illegal, you have immigrant rights. Make sure you know what they are according to American immigration law.

If you have questions about immigration laws and US immigration policies, it’s best to consult an attorney. Immigration can be a complex undertaking. Whether you’re evading detection and arrest or pursuing a green card or naturalization, let a lawyer assist you. For addressing legal immigration issues, call us at Diener Law to talk to one of our experienced immigration attorneys.