An individual who is intent on immigration to the United States would proceed with an application to get a green card so he or she can become a permanent resident. However, immigrating to the US and applying for lawful permanent residence sounds easier than it is. Immigration attorneys can attest that obtaining a green card, with all the paperwork involved, is generally part of a complicated immigration process.

If you are of a different nationality but your fiance is either a US citizen or lawful permanent resident, you would likely be given a fiance visa. Under immigration laws, you could eventually be a green card holder through marriage. 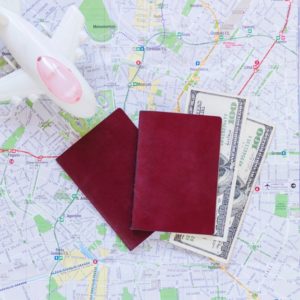 While processing times and actual issuance may vary, any foreigner getting a green card will follow a set process. After submitting immigration forms to the USCIS office, you will undergo a conditional green card interview. After two years, you (as a conditional permanent resident) must work towards petitioning the immigration court to remove the conditions on your card. Have an immigration attorney assisting you in every step of the way. If your petition form is approved, your immigration status will then indicate that you are officially a lawful permanent resident of the US.

Proceeding with your application, however, could be quite a challenge if you and your spouse got separated before your permanent green card immigration interview. Legal representation could be necessary.

In court, divorce refers to a formal dissolution of marriage. Separation, on the other hand, indicates that a still married couple decides to live apart due to conflicts. Since a separation does not end the union, it will not prevent you from qualifying for a marriage-based green card application. Here, waivers (specific immigration papers) may not be necessary. You and your spouse can jointly file an I-751 within 90 days before your conditional residence expires.

Separation within the first two years could be taken by the United States Citizenship and Immigration Services as a red flag. It could mean that you illegally entered a green card marriage, which is in itself unlawful and is prohibited under immigration law. As such, prepare documents to prove that although you are separated, the spousal relationship is still intact. These could include your marriage certificate, photos of you with your children or other family members, joint bank accounts, or other documentation that you entered the marriage in good faith (and no immigration fraud was committed).

Talk to an experienced immigration lawyer if your spouse (who has the US citizenship or permanent residency you referred to in your initial fiance visa application) refuses to fill out the I-751 form. You may file a waiver and proceed with the application to be a legal permanent resident on your own, although the process will be a bit different. Consult with an immigration law firm to know how this can be done.

The worst-case scenario is a denial, which should not be the end of your dream to immigrate, live permanently in the US, and eventually be granted citizenship. There are other ways to get a green card. An alien advanced degree professional could make use of the national interest waiver. A foreign national who invests in a commercial enterprise may apply for an investor visa. Law firms specializing in immigration and naturalization will be of big help to you.

Family-based immigration (or US immigration as a whole) can be complicated. You will likely have immigration questions related to your green card application or your actual permanent resident card. For any concerns on immigrant visas, consular processing, adjustment of status, give us a call. Our law firm has extensive experience to help address your immigration and citizenship concerns.

Our immigration lawyers will be glad to assist as you fill out USCIS forms and in submitting immigration paperwork and supporting documents. Contact us at Diener Law for expert immigration advice.