DUI and Immigration in North Carolina 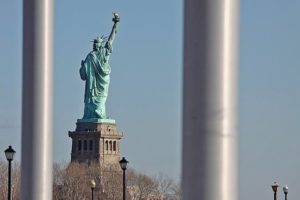 There are many immigrants in the United States. Some of them are illegally staying in the country. It’s a fair assumption that a good portion of them are interested in a green card and even naturalization. Illegal immigration already has detention and deportation as an automatic consequence. Add a criminal offense to the picture and the illegal immigrant moves up the priority list of immigration officials from different federal law enforcement agencies such as the Department of Homeland Security and the Immigration and Customs Enforcement. A criminal record understandably doesn’t help the cause. Something like a DWI can have a devastating impact on an immigrant’s future and hopes in the US. A competent immigration attorney in North Carolina can help an immigrant in need of legal representation in a DUI or any other criminal case.

Driving While Intoxicated (DWI) or Driving under the Influence (DUI) and other traffic-related offenses have different consequences for immigrants in North Carolina, no matter their immigration status. The Department of Homeland Security considers all crimes in removal proceedings, there are certain crimes that bear graver punishments. Understandably, crimes involving moral turpitude usually render an individual of different nationality inadmissible or worthy of deportation, whether they have legal status or not. DWI criminal charges could also cause undocumented immigrants to move up the list for deportation proceedings.

What does MORAL TURPITUDE Mean?

If a crime is not deceptive in nature, it must “almost always entail a purpose to injure someone, the actual infliction of damage upon someone, or a conduct that affects a protected class of victim.”

It is up to the courts to judge whether or not a given offense meets this condition. Since, there are no- hard and- fast standards, courts often relate a crime to other moral turpitude offenses. Similar crimes may also be classified.

The Board of Immigration Appeals defines them as behavior that is inherently vile, base, or depraved, very much irreconcilable with the accepted moral norms and obligations to other persons, either individually or collectively to the society in general. CIMT involves the element of intent, which is typically absent in DWI cases. At the very least, reckless behavior which knowingly endangers other people’s safety or well-being would qualify as intent for CIMT.

What are some moral turpitude crimes?

The criminal code lacks a clear meaning. However, the following offenses have been declared to be moral turpitude by courts:

It is worth noting that a CIMT is usually an intent offense. This implies that the components of the crime must contain some type of criminal intent (e.g., willfulness or the intent to defraud).

It is also worth remembering that a CIMT is a morally indefensible crime that violates moral standards. These crimes often entail vileness, baseness, bad purpose, and a lack of decent morals and moral character towards one’s fellow man and society. The majority of serious crimes are considered CIMTs. In a nutshell, the concept of moral turpitude is shocking the public conscience. These offenses do not include acts committed as a result of a: blunder, accident, or poor judgment

What are some instances of moral turpitude crimes?

The following are some instances of crimes that courts have ruled are not CIMTs:

Consequences of a Criminal Charge on Immigration Status

A DUI arrest, charge, and conviction may impact an immigrant’s status in the US. When an immigrant is apprehended, their fingerprints and pictures are captured and stored in a national database. A criminal charge can result in denial of re-entry, or removal or deportation from the United States.

The immigration repercussions of a client’s plea or conviction depend on the crime’s particular circumstances, past violations, and where the client is in the immigration process. Aliens convicted of DUI face deportation, denial of entry into the US, and denial of citizenship.

Conviction is defined broadly under immigration law. According to Section 101(a)(48) of the Immigration and Nationality Act, a conviction means:

There are traffic convictions, including DWI, that may lead to being prioritized by the Department of Homeland Security (DHS) in terms of arrests, detention, and deportations in relation to illegal immigrants. Considering the number of illegal aliens in the United States, the DHS has implemented a system that streamlines removal, prioritizing foreign nationals who pose a threat to public safety, border security, and national security

A felony offense may result in an undocumented immigrant getting Priority 1 classification for removal. In the state of North Carolina, repeat DWI offenders and DWI offenders with additional aggravating circumstances are charged with a felony. Also, DUI charges qualify as significant misdemeanors deserving of Priority 2 classification for removal. Other offenses that warrant a sentence, not suspended, of 90 days or more of imprisonment or jail time also qualify as significant misdemeanors. An immigrant convicted of three or more misdemeanors besides minor traffic charges may also be classified Priority 2 if the offenses involve separate incidents.

It’s possible for an ordinary criminal defense lawyer or DUI attorney to not realize the different consequences for immigrants with convictions and advise standard plea agreements resulting in the offender being convicted by immigration standards. Unfortunately, criminal convictions could prevent admissibility to the country and could even result in removal as well as in a ban on returning to the US.

Compounding criminal law with immigration law leads to very special cases. It is important to find a lawyer who is knowledgeable in immigration policies in order to avoid repercussions that specifically apply to immigrants. An immigration lawyer provides legal services leading the defendant to the path that protects immigrant rights and serves an immigrant’s best interests.

If you’re an immigrant in need of legal representation in a DUI or any other criminal case, call us at Diener Law and speak with an immigration attorney who understands the intricate web associating criminal convictions with US immigration laws.