Difference between Deportation and Extradition

Generally, deportations happen when undocumented immigrants are in a country without citizenship or naturalization. An undocumented immigrant should try to achieve legal status to avoid being deported. Extraditions, on the other hand, happen when criminals are removed from one location and transferred to another for jurisdictional purposes. It’s important to distinguish the difference between these two in relation to immigration laws.

What Is the Deportation Process?

Illegal aliens are foreigners who are staying in the country without valid visas or who illegally entered the country outside the proper channels. An illegal alien guilty of overstaying or illegal entry into the country could eventually face deportation proceedings. Sometimes, an undocumented foreign national ends up committing a crime, thus facing apprehension before he or she receives a deportation order. In the 2010s, however, illegal immigrants usually face immigration authorities in immigration court. Unfortunately, many immigration judges are quick to order removals. These illegal foreign nationals are usually acquired by other countries despite severe factors that pose threats to their lives.

What Is Internal Extradition?

Political offenses are possible reasons for extradition; although, extradition usually occurs for people who have committed crimes in the other country. It doesn’t matter if they’re illegals, legal immigrants with green cards and lawful permanent resident status, or even American citizens. The authorities of the other nation would contact the United States’ authorities to arrange the transportation of the offenders. Reasons for extradition include suspicions of criminal activity, political violations, and atrocious acts committed against a nation. Extradition can take a long time as subjects are given their due process before final removal takes place. 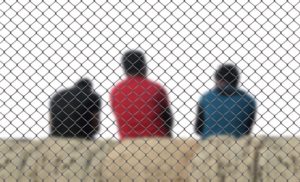 The actual only similarity between these two processes is that their orders are usually elicited through court proceedings. The main difference is that one is, in effect, expulsion from the US because of a crime committed in another country, while the other involves removal proceedings because of illegal presence in the US. These two involve different sets of authorities and processes. Immigration officials from the Department of Homeland Security (DHS) and Immigration and Customs Enforcement (ICE) agents are the ones who deal with aliens who are unlawfully staying in the US.  Deportation does not technically require legal representation, although the aid of an experienced immigration attorney would be invaluable in the effort to stop it. Meanwhile, extradition generally requires engaging the legal services of a lawyer.

To avoid confusion over these two processes, it’s also important to note their similarities. Both involve a person living in the United States. Both lead to the issuance of a removal order because of an offense. Both involve the government in processing the situation. Both can use legal counsel, although an illegal immigration status is pretty much undeniable in deportation cases. Innocence may still be argued in extradition cases.

Extradition from State to State

Extradition can be applied in the local or domestic sense. One state can ask another state to remove a perpetrator of an offense for transfer to its jurisdiction. Deportees, on the other hand, return to their country of nationality for repatriation, unless they have dual citizenship or no true citizenship except for a home country where they have established residence.

Immigrants who fear persecution or harm in their native land come to the United States and ask for asylum. Depending on the government and the case, asylum may be granted. This means that they get legal status in their immigration to the US. Asylees are different from fugitives, who are running from the law and refusing to face the consequences of their actions. Extradition is usually ordered for fugitives so they can be tried for the crime they are charged with. Both asylees and fugitives are fleeing something, but their circumstances are dissimilar.

If you’re facing extradition, hire a good lawyer for your defense right away. If you’re an illegal immigrant facing deportation, the smart first step is also to make sure that you have a lawyer who will look after your interests, protect your immigrant rights, and ensure that you get a fair chance in court.

In your fight to stop deportation, the help of a lawyer knowledgeable of the American immigration system is invaluable. Call Diener Law today to set an appointment with an experienced immigration law attorney.